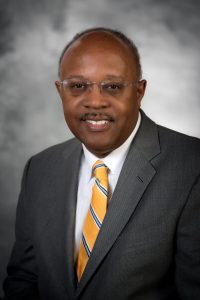 Jerry is a graduate of Princeton University from which he received his B.A. Degree in Political Science. Jerry was the 1976 recipient of the Princeton University Frederick Douglass Service Award for his community service. Jerry is a graduate of the John Marshall Law School in Chicago, Illinois, and is licensed to practice law before the United States Supreme Court, the Illinois Supreme Court,and is a member of the North Carolina Bar.

Jerry is a frequent speaker at regional and national conferences including NACUA, the American Council on Education (ACE), the Association of Governing Boards (AGB) various universities and professional associations. He has published more than twenty-five professional papers focusing on compliance, ethics and governance issues.